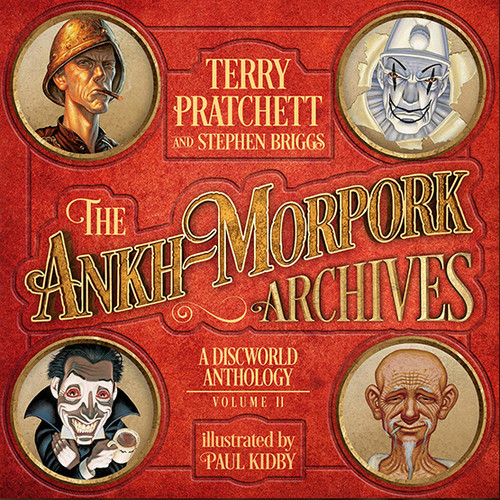 The Ankh-Morpork Archives, Volume II, is a fully illustrated comprehensive guide to the exuberant capital city of Terry Pratchett's Discworld, getting to the heart of Ankh-Morpork's secrets, societies and guilds.

The book is a compilation of the texts written by Terry Pratchett and Stephen Briggs for the City Watch, Fools Guild, Reformed Vampires diaries and Lu-Tze's Yearbook of Enlightenment. They have been redesigned and formatted into one deluxe digitally re-mastered compendium to showcase the numerous illustrations in large size and the diary element has been removed.